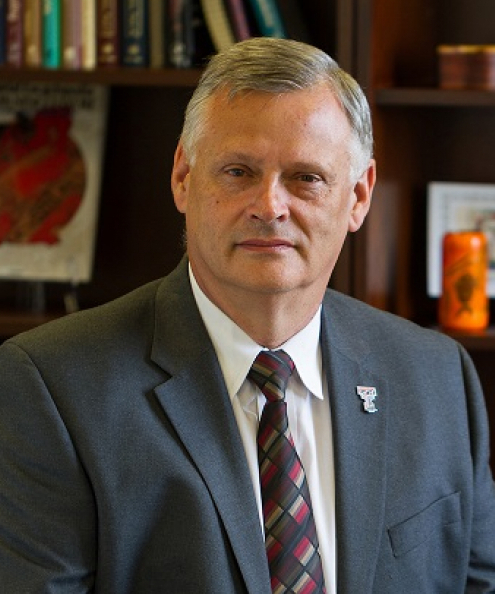 Mark Sheridan is Vice Provost for Graduate and Postdoctoral Affairs and Dean of the Graduate School at Texas Tech University (TTU). In this role, he provides overall leadership for the Graduate School, the academic home for all graduate students and the university’s graduate interdisciplinary programs, as well as for the Office of Postdoctoral Affairs, the Office of Graduate and Postdoctoral Fellowships, and The Graduate Center. Sheridan is a leader in graduate education and an advocate for increasing access and opportunity.  He currently serves on the Graduate Education Advisory Committee for the Texas Higher Education Coordinating Board and is chair of the Advisory Committee on Advocacy and Public Policy for the Council of Graduate Schools.

Prior to joining TTU, Sheridan served in numerous capacities at North Dakota State University, including as Director of the Biotechnology Bachelor of Science Program, Director of the Regulatory Biosciences Center, Director of the Cell and Molecular Biology Program, and as Associate Dean of the College of Graduate and Interdisciplinary Studies.  Sheridan also served as the State Director of North Dakota’s Experimental Program to Stimulate Competitive Research (EPSCoR), a federal-state-private sector partnership aimed at enhancing research infrastructure, developing human capacity for competitive research, and catalyzing technology transfer and business development.

Sheridan’s research in the areas of comparative physiology/endocrinology (regulation of growth, development, and metabolism of animals and disruption of such processes by environmental contaminants) has been funded by several agencies, including NSF and USDA. He has given some 40 invited/plenary lectures and has served as a visiting professor at several universities around the world, including in Brazil, China, Japan, Sweden, and Taiwan. He is active in several professional organizations and currently serves as an editor-in-chief of General and Comparative Endocrinology.

Sheridan earned a B.A in zoology and an M.S. in biology from Humboldt State University, Arcata, California, and his Ph.D. in zoology from the University of California – Berkeley. He enjoys outdoor activities such as hiking and cycling.