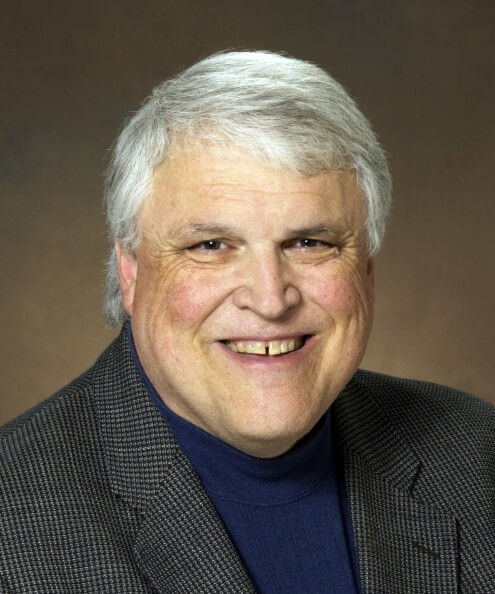 David Buchanan grew up in Minnesota and received degrees from North Dakota State University and the University of Nebraska. He joined the faculty of Oklahoma State University in 1980 and was named as Graduates of Distinction Professor in 2005. His research at OSU was in both swine and beef cattle breeding. His research contributed to an understanding of such diverse topics as breed usage, paternal heterosis, the value of boar test stations, selection for growth in cattle, the value of Milk EPDs, and genotype x environment interactions.

His teaching career has been striking for its diversity, innovation, and concern for students. He has taught courses in breeding and genetics as well as many other topics. He provided the original vision and structure for the popular “Breeds of Livestock” website. He retired from OSU and joined the faculty at NDSU in 2007. He was named as the associate dean for academic programs for the NDSU College of Agriculture, Food Systems, and Natural Resources in 2012.

Buchanan has been an adviser for 26 graduate students and numerous undergraduates. He has also been an adviser for 13 different student groups. He is an author on more than 80 refereed articles, 150 research reports, and 110 abstracts. He has, additionally, delivered more than 120 talks to groups ranging from county cattle groups to national and international meetings.

He and his wife, Cindy, have three children: Michael, Peter, and Amy.