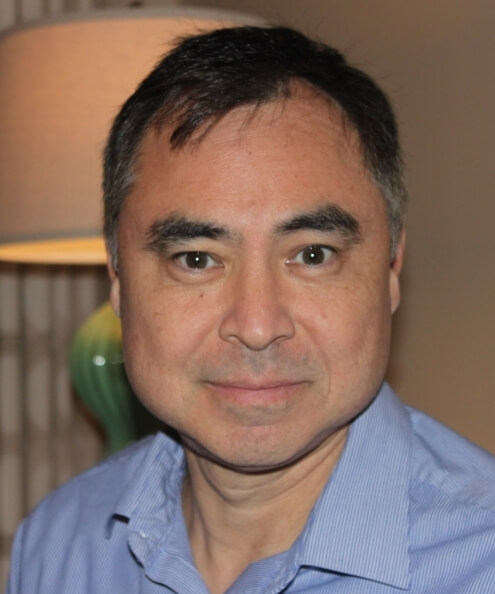 John Phillips comes from a mixed racial background: his father was from European (Welsh) ancestry and was raised in the coal-mining country of western Pennsylvania and his mother is Korean and was raised in a small village in what is now North Korea. Phillips was born in Seoul, Korea, and moved to the U.S. to Detroit, Mich., when he was around four years old. While he tries to maintain some cultural affiliation with his Korean heritage, the fact is that he is mostly Americanized, having been raised and living in the U.S. most of his life.

Phillips grew up in a poor, predominately Mexican-American community in Sacramento, Calif.  Growing up, he experienced poverty, crime, discrimination and all of the other usual suspects that are often associated with under-developed communities. His mother always stressed education as the path to opportunity, and so he completed his bachelor’s degree in computer science from California State University, Sacramento, and then he worked for IBM Corp. in San Francisco for four years.

He attributes becoming disenchanted with the information technology business model as to why he joined the Peace Corps as a volunteer in a small southern African country called Swaziland. He spent three years in Africa and learned a lot about different cultures, poverty, and how community development was not working.

When he returned to the U.S., he pursued his master’s degree in environmental systems with an emphasis on sustainable agricultural development. That is when he met Jim, a Lakota from the Cheyenne River Sioux Reservation in South Dakota. Jim taught Phillips that there was a lot of work to do right here in the U.S. in Indian Country. So after Phillips earned his master’s, he started work at Cheyenne River Community College in Eagle Butte, S.D., as the director of their new cooperative Extension program. Phillips was responsible for projects in community gardening, youth development, diet and nutrition, and economic development. He did research, helped to organize the community, and provided education.

After a couple of years, he moved to Washington, D.C., to work with the American Indian Higher Education Consortium at a national level. He worked as a liaison with the U.S. Department of Agriculture to provide resources to all of the nation’s tribal colleges and universities. At the same time, he worked on a doctorate in rural sociology at the University of Missouri--Columbia, which he completed in 2003. After five years in D.C., he moved back to Columbia, Mo., to settle down with his wife, Maria, who was a professor at MU. They recently moved to Athens, Ga., where she now works at the University of Georgia. He is currently working independently as a consultant, still working closely with tribal colleges, other Native serving organizations, and the land-grant university system.

The Phillipses have two beautiful children, Andrew (8 years old) and Francesca (6 years old). He says, "If you have children, then you know that they are wonderful gifts, but a heck of a lot of work! My dad recently passed, but my mom and Maria’s parents are still with us, all in their early 80s, and they require our attention, too. So, we are in that sandwich generation at the moment, caring for, to varying degrees, both our parents and our children."

In summary, he says his cultural lens focuses on, first, education as a pathway out of under-development, and, second, cultural understanding and acceptance as a way to work together more productively. That is why he believes that students' backgrounds and cultural perspectives are valuable to his courses and to him personally.